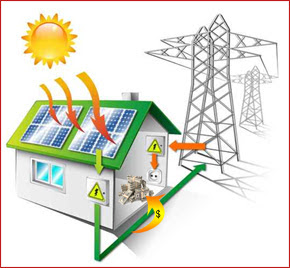 This means that solar panel electricity is a viable investment for homeowners and buying solar panels a highly effective way to reduce your energy costs.

A Way to the Most Abundant Energy

Viable solar energy has been a long-sought-after goal, but with new and affordable technologies, we might soon be able to make the switch

Solar is the most abundant energy resource on planet Earth. Even after accounting for weather variation, the average solar power received by the continents alone peaks at 23 million gigawatts. For comparison, a standard size nuclear power plant is one gigawatt. It dwarfs all the other renewable energy resources combined—including wind, hydropower and geothermal—and one year’s worth of solar would far exceed the reserves of finite energy resources (nuclear and fossil) even when counting unconventional shale and deep-sea oil and methane.

Compared with many other energy sources, solar can require relatively little space to create power. To put this resource in perspective, consider that photovoltaic panels covering less than half of the area occupied by U.S. hydropower plants’ artificial lakes would generate all of the electricity consumed in the U.S. (hydropower accounts for only about 6.5 percent of the nation’s electricity.) Another useful perspective is to consider that with current technology, using about 0.4 percent of the earth’s surface would be sufficient to produce all the energy (transportation, buildings, industry, electricity, and so on) consumed by the entire planet. Considering that urban areas already occupy more space than that and that solar technologies are highly suited for deployment within urban and suburban environments—such as on rooftops—space should not be an issue. Full story here.

The consumption of non-renewable sources like oil, gas and coal is increasing at an alarming rate. The time has finally come to look after some other renewable sources of energy i.e. solar, wind and geothermal energy. Although many countries have started utilizing solar energy extensively but still they have to go a long way to exploit this energy to fulfill their daily demand for energy. Here are few facts on solar energy that can help you assess the potential of solar energy to meet global requirements. 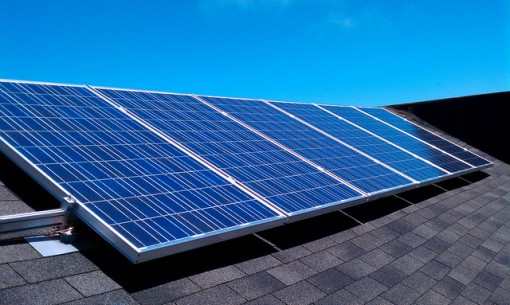 Below are 40 Facts on Solar Energy

Fact 1: Solar energy is a completely free source of energy and it is found in abundance. Though the sun is 90 million miles from the earth, it takes less than 10 minutes for light to travel from that much of distance.

Fact 2: Solar energy which comprises of radiant heat and light from the sun can be harnessed with some modern technology like photo-voltaic, solar heating, artificial photosynthesis, solar architecture and solar thermal electricity.

Fact 4: The earth gets 174 Petawatts of incoming solar radiation in the upper atmosphere. About 30% is reflected back to space and the rest is absorbed by oceans, clouds and land masses.

Fact 5: The water cycle is an important result of solar insulation. The earth, oceans and atmosphere absorb solar radiation and their temperature rises. Warm air rises from the oceans causing convection. When this air rises to high altitudes, clouds are created by condensation of water vapor. These clouds cause rains that bring water back to the earth’s surface which completes the water cycle. Read more here.

Solar panel electricity is the hottest commodity in the market.

One of the biggest advantages when you make solar panel electricity is that it does not cause the emission of gases that can pollute the environment. Contributing clean, green power from your own solar electric system helps create jobs and is a great way to mitigate the pollution and other problems produced by electricity derived from fossil fuel. Solar-powered electrical generating systems help you reduce your impact on the environment and save money at the same time!

In conclusion, solar panel electricity is undoubtedly the next big thing as far as all other alternative energy sources are concerned. Our experienced team here in RJL Contracting is always available and impartial advice regarding your solar project. You can initiate a dialogue with us by filling out the Solar Quote Comparison form to the right of this page, by calling us on (951) 805-1262.