What Do Home Electrical Wires Means In Murrieta? 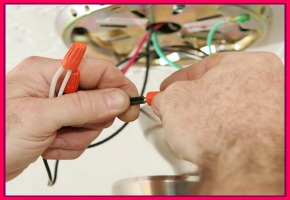 Home electrical wires are different colors so that one can be distinguished from one another it is color-coded to ensure safety and prevent wiring errors.

All home electrical wires made in the U.S. follow standard color codes that identify each wire’s function in a circuit.

Knowing the electrical color code that dictates which wire does what is imperative not only in the correct configuration of an electrical system, but it’s also paramount for your safety.

Be aware that all electrical wires, regardless of their function, could carry an electrical current at some point, so treat all wires with equal caution. Also, highly rated electricians note that older homes, built prior to the 1940s, might use different color codes if the wiring has never been upgraded.Check out this detailed illustration that explains each wire’s color and purpose:
Black– Black electrical wire is used for power in all circuits. Any circuit’s black wire should be considered hot or live. Black wire is never used for a ground or neutral wire and should be used as the power feed for a switch or an outlet. A black wire is often used in a circuit as a switch leg, the connection that runs from the switch to the electrical load.

Red– Red electrical wire indicates the secondary live wires in a 220-volt circuit, used in some types of switch legs and in the interconnection between smoke detectors that are hard-wired into the power system. You can connect a red wire to another red wire or to a black wire. Read full article here.

It saves you the stress and effort of maintenance and of course the hassle of finding a qualified electrician to resolve issues that ordinary home electrical wires are likely to cause frequently. Dealing with electrical wires can be tricky business, so if you are still uneasy about dealing with them, please get in touch with us by phone at(951) 805-1262 or via the contact page of our site RJL Contracting Services. The home electrical wires will be hidden for safety to protect your kids, pets and the whole family.