How Can You Avoid Electrocution Dangers In Murrieta Homes? 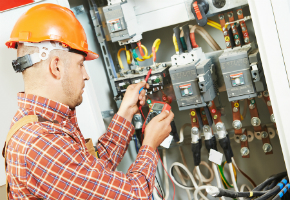 Electrocution is something that kills many people every year and normally it is simply the result of an accident. Electrocution is the second leading cause of death for construction workers, exceeded only by falls, according to the Occupational Safety and Health Administration (OSHA). For the most part, however, these instances of electrocution are normally the results of an industrial or DIY accident where electrics have not been properly maintained or installed.

Electric shock is involuntary movement (or freezing) of muscles due to electricity while electrocution is damage due to the cooking of flesh as one of the effects of electric current flow is heat. A frequent source of electrical shock or electrocution is contacted with overhead power lines.Childhood deaths due to electrocution are rare and are more likely to occur when children are playing around electrical wires or equipment, and often result from either faulty apparatus, or a lack of understanding of the potential dangers involved.Electric shocks and electrocution can also be caused by someone handling electrical appliances with wet hands or by children poking objects into electrical sockets.

Are You Taking Risks? Not Maintaining Your Electrical Home Appliances

Here are some most common dangers with the appliances we use every day:
Danger #1 – Frayed Cords
The electric cord on your appliance contains a live wire and a neutral wire, both securely insulated from direct contact with water, flammable material, or your own hands. Once the cord becomes frayed, the live wire is exposed, leaving your household vulnerable to electrocution or electric fires. Frayed and damaged electric blankets are extremely hazardous, so always check your blankets before use, especially if they have been stored away during the warmer months.

Danger #3 – Overloaded Circuit
While an overloaded circuit won’t necessarily burn your house down, it can cause you extreme inconvenience if the oven stops working an hour before dinner. Overloaded circuits can be especially inconvenient if you have an electric garage door, and find yourself unable to get your car out to go to work. Your wiring system can only handle a certain level of power, so circuit breakers (or fuses) are put in place to limit the power going through your electrical system. Read more here.

Electrocution is the sudden and involuntary introduction of large – or persistent – amounts of electricity into the human body and electrocution is death caused by electric shock, electric current passing through the body.

Electric Shock Causes
Children, adolescents, and adults are prone to high voltage shock caused by mischievous exploration, exposure at work, to man-made electrical items. About 1,000 people in the United States die each year as a result of electrocution (death caused by electric shock), which is far more than deaths caused by lightning. Most of these deaths are related to on-the-job injuries. Low voltage electricity (less than 500 volts) does not normally cause significant injury to humans.

Exposure to high voltage electricity (greater than 500 volts) has the potential to result in serious tissue damage. Serious electrical shock injuries usually have an entrance and exit site on the body because the individual becomes part of the electrical circuit. If a person is going to help someone who has sustained a high voltage shock, he or she needs to be very careful not to become a second victim of a similar electrical shock. If a high voltage line has fallen to the ground, there may be a circle of current spreading out from the tip of the line, especially if the earth is wet or if the voltage line contacts water.

The best and safest action is to call 911 or activate the emergency response system in your area. The electric company will be notified so the power can be shut off. A victim who has fallen from a height or sustained a severe shock causing multiple injuries may have a serious neck injury and should not be moved until emergency medical personnel arrive. See more here.

Statistics do indicate that the risks of electrocution are particularly high for electricians and other personnel who regularly come into contact with electrical sources.

Electrocution: The Six Top Danger Points and How to Avoid Them

Fortunately, you and your loved ones can dramatically reduce the risks if you are aware of top electrocution threats in and around your home and take the simple measures to prevent them:

1. Extension cords. These handy tools can cause electrical burns and shock if they’re not used carefully. Cords that have exposed wires should never be used, as kids and pets can (and will) chew on them if they can get them. In fact, electrical burns to the mouth account for half of the extension-cord-related injuries to young children, according to the U.S. Consumer Product Safety Commission (CPSC).